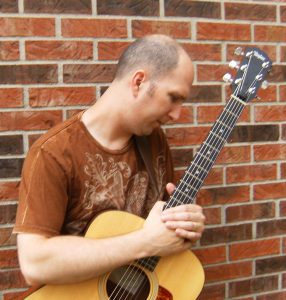 Christian musician Mike Miller has enough energy to send the next spaceship to Mars and back. It is a fuel that keeps the pedal to the metal ignited by his heart for God’s presence and power. His worship songs attempt to capture both, as he finds himself often in awe of God’s magnificent creation.

Simplicity has been a key in Mike’s style. You can sing along with him even if you have never heard his music. He loves guitar music, and is influenced by anything with distortion. He grew up listening to screaming guitar music of the 1970’s and 1980’s. No wonder he sneaks a few guitar melodies in his songs. Yet, more often than not, he will throttle way down and write a song that you could sing in a church and play on the piano or with an acoustic guitar.

How’d it start out? After giving his life to Christ at age 17, he started Christian bands and began writing and recording Christian songs, but at age 20, he completely left the music scene and went to Bible college and became a youth pastor. After serving in two different cities, he restarted a small church and served in two successive churches as the lead pastor. During this time he 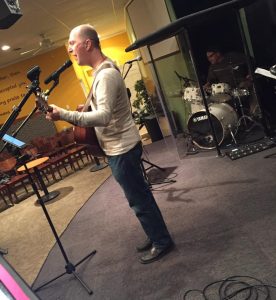 returned to songwriting, getting songs published with Songs of CCMA, in Nashville, TN. His philosophy was to learn how to play several instruments, so that he could express himself with a demo that communicated the ideas he wants to share with others. He found himself returning to the styles he loved before ministry and combining them with his passion for God’s presence, and writing hundreds of songs until he wrote some he liked.

His Christian songs center on God’s kingdom as it is right at this moment- a world full of chaos, yet full of God’s beautiful and creative intervention. He captures a world with Christ as Savior, Healer, and King. Recently, his focus became writing worship songs that center more around
God and his attributes and power and less on human needs and desires, because Christ is the answer to every need.